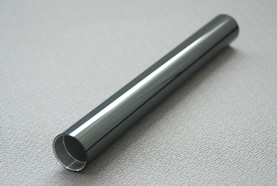 Company will spend $22m to expand plant in China

OSAKA — Japanese electronics maker Kyocera will increase production capacity of photoreceptor drums by 150% through a 2.5 billion yen ($22.3 million) expansion of a Chinese plant, in hopes of capturing growing demand for copiers in emerging Asian economies.

Photoreceptor drums, which allow copiers to print on paper, are a consumable that must be replaced and can affect the life span of the machine itself.

The drums produced there will be used in slower models that print 20 to 35 sheets a minute. Kyocera’s drums use just one layer of photoreceptors instead of the typical three, making the parts more durable than the competition’s.

More businesses in China and other emerging economies are using copiers in their offices. Kyocera aims to boost sales of slower models in such markets, while developing more sophisticated products for mature economies.